Create teams to manage access to resources and simplify the user interface to show only the incidents and resources relevant to a team.

iLerts flexible teams feature allows you to easily manage complex permission scenarios and keep the UI experience for your users and teams simple by only showing the resources owned by the selected team. It enables productivity while managing hundreds of alert sources and users, as well as hundred-thousands of incidents.

The team filter lets you switch between different team contexs. It gives you the following options depending on the corresponding teams existing in your account.

The team filter is located at the top right in the navigation bar:

In case your account requires a large amount of teams, the team filter will automatically collapse and include a search field to quickly navigation between different team views:

The team filter is also available in the mobile app:

The team filter selection is stored for each user and synced across devices - meaning users will always continue where they left off, even when changing from desktop to the mobile app.

Visibility of the team filter

The team filter will automatically disappear when the user has no selectable teams available. Pleaes note that the team filter has no effect in the team management UI, as all resources and users in the permission context of the current user may be assigned to the team.

Teams can be created by Admin users and the account owner. Existing team members may also be managed by users that have been elevated to Admins in the team itself (see Team Roles).

To create a new team, navigate to the list view using the Teams link in the settings navigation menu.

Click on Add new team, enter a name for your new team and use the Create team button to create it.

You may now add new members or resources to the team.

You may also directly manage the team ownerships of resources in their edit views, for example alert sources:

In case no teams are available for the current user (with included write permission) the team selector may not appear in the edit views.

You may choose to create a private team, which allows you to restrict visibility of the team and its associated objects (including users) to the team members. Note that global admins and the account owner will be able to see the data of a private team, even if they are not a member of the team.

To make a team private, navigate to the team's setting page and chose Private under Team visibility.

What happens to objects that are associated with both a private and a public team?

The private visibility setting of a team takes precedence over its public visibility. That is, if an object is assinged to two teams, one public and one private, the object will be visible to both teams only and won't be visible to members of other teams.

Such objects will be marked with the icognito icon in the list views.

The following team roles are available:

Besides plain resource read and write permissions which are based on global roles and may be overwritten in a team context by the equivalent team roles, as described above in Team roles. The permission for addition and removal of team ownerships is validated under the following axiom:

Adding or removing an ownership (describing the assignment of a resource to a team) is only allowed if the operating user is member of the team (referred in the ownership) with write level team permissions. This accounts to all global user roles, except for admins and account owners. A resource delete operation is in this case equal to a removal of all ownerships.

An example to put this axiom into action:

A user (with global User role) that is a member of Team1 (with team role User) is not able to delete an alert source that is owned by Team1 and Team2. Because he is neither an Admin nor a write-level team member of Team2. He may only remove the ownership of Team1 of which he is a team member and leave the resource ownership solemnly to Team2.

An administrator with the All teams filter sees all alert sources in the account.

A user of the Mobility team with active specific team filter only sees the alert sources of his interest.

Resources and users of public teams, are shown to all users with read permissions.

Unassigned resources (without any owners / teams) are treated as public resources.

User visibility is almost identical to the described behaviour in Resource Visibility above except it has less restrictions. In general all users are public and can be seen by all roles excepts Guests. However when a user is added as member of a private team he becomes a private user. From now on, he is only visible to either users with elevated permissions e.g. Admins / Account Owners or members of the teams he is a member of.

This way incidents may still be shared across team contexts or re-assigned by higher level permission users to ensure the most flexible workflow for your users in any scenario.

The current team context will automatically be reflected in incident, on-call and notification reports. Meaning that the selected team filter will have a direct impact on the shown resources in the report, as well as the user permissions on the data accessible in any shared reports.

Further restriction of resource permissions to a user will reflect onto shared report urls even after they are created e.g. when hiding an alert source from a user by placing it in a private team without his access, the shared incident report will also hide the incidents from this alert source automatically.

When using iLert am I required to configure teams?

No you dont have to. Teams is ment to be an enhancement for larger companies and enterprises to keep their users productive. When no teams are created in your account, the team specific ui elements wont be shown and you may use and share all resources globally across your account by default.

Why is there no Guest team role?

The Guest user is ment to be without global read permission per default - meaning only the membership of a team will grant him rights to see resources within the context of these teams. Therefore there is no reason to offer a non-read permissioned role on the team level.

What happens if I turn a private team to public with team roles giving lesser permissions?

The roles giving lesser permission e.g. a global User with a Responder team role will be automatically changed so that the team role reflects the global role in our example this will give the global User the User team role (a warning will be shown on the settings page beforehand).

Is it possible to manage multiple teams that cannot see each other and their resources at all in the same account?

Absolutely. To achieve this, all users should have the global Responder role, while being placed in their specific teams with the User team role, this way users will always have to assign new resources to their team.Then all teams should be configured to be private, a user or resource should never be in more than one team, this way their context are completely separated. Do not forget to place the Account owner in its own private team to hide him from the others and to delete the Default escalation policy.

I am a Team Admin trying to add a user to my team but he does not appear in the users dropdown. What am I doing wrong?

If you are certain that the user you are searching for exists in your iLert organization and he does not appear in the dropdown - there is a good chance that you have no permission to access him. Most likely this is related to him already being a member of a private team, take a look here. 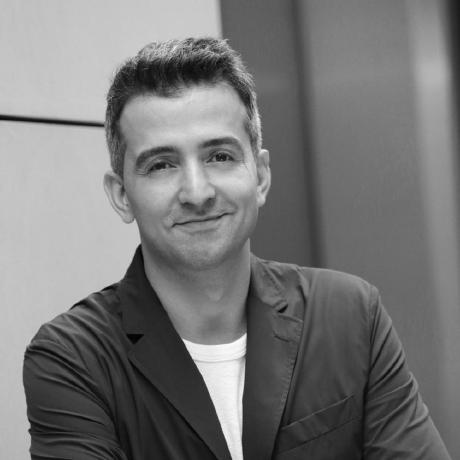 Last updated 1 week ago
Edit on GitHub
Contents
Team Filter
Creating Teams
Private Teams
Team Roles
Resource ownership adjustments
Resource Visibility
User Visibility
Incident Visibility
Data Visibility in Report
FAQ
When using iLert am I required to configure teams?
Why is there no Guest team role?
What happens if I turn a private team to public with team roles giving lesser permissions?
Is it possible to manage multiple teams that cannot see each other and their resources at all in the same account?
I am a Team Admin trying to add a user to my team but he does not appear in the users dropdown. What am I doing wrong?